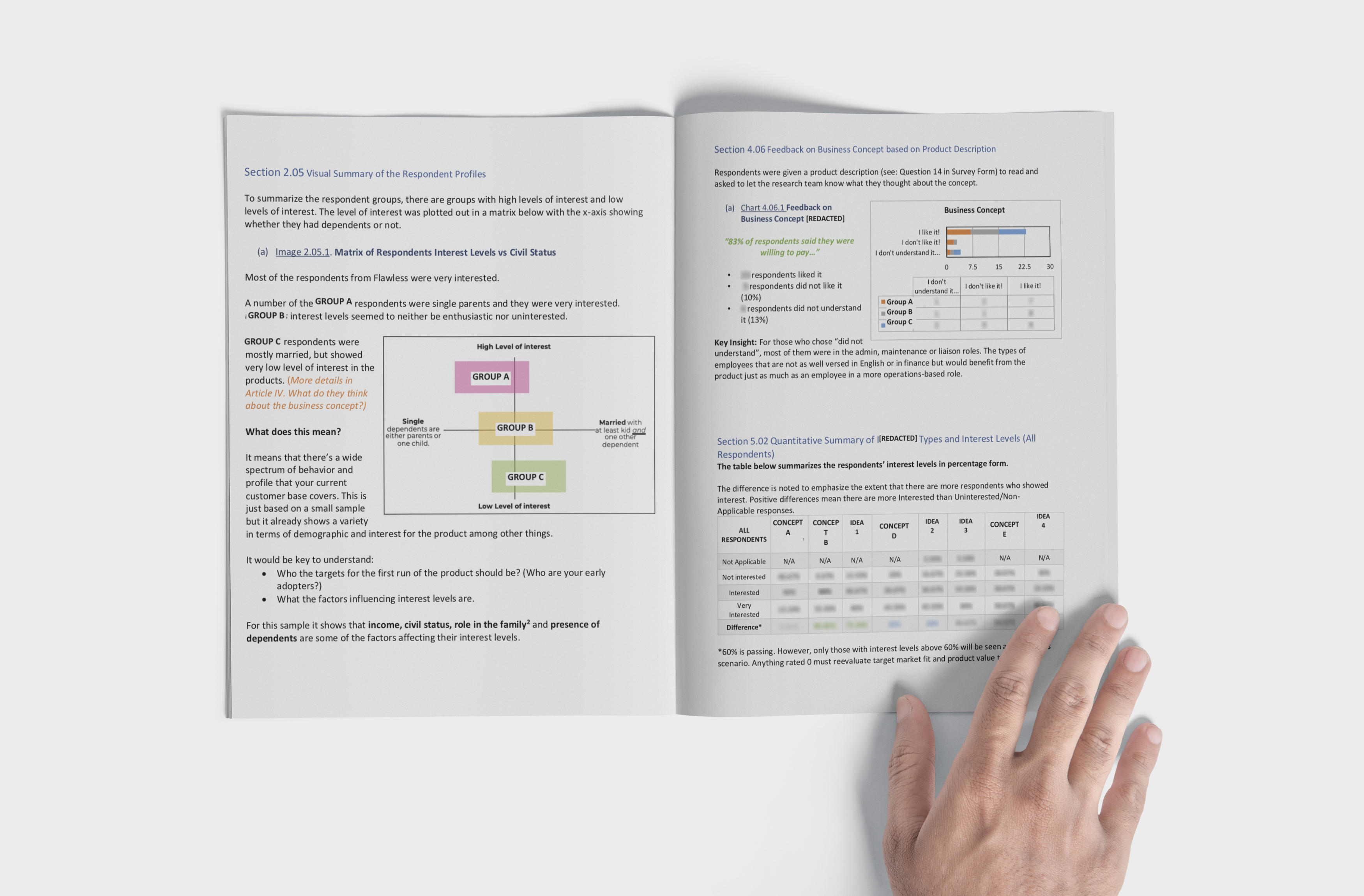 Read about how I worked with a financial company to help them direct their product creation by first gaining a better understanding of their customer’s needs.

I worked with an established company that was already offering a certain financial service via B2B partnerships. The company wanted to innovate and come up with a new portfolio item but did not know how to uncover the insights that would direct business decisions. There was a tech and product team working on existing services however the new portfolio item they wanted to offer was something they admitted to not having the bandwidth for.

At this stage, the company had very minimal visibility on their strategy and approach. What they were lucky to have was an established customer base (thanks to their B2B business model) and their incredibly hands-on relationship/account managers.

When I work on a project, I start with analyzing if the next steps and approach to the project is clear to the stakeholders involved. In this case, the stakeholders all were honest to know that they were stuck and would need an external party’s expertise to help prove (or disprove)their idea to help them move on to the next step.

Given that, it is clear that if we were to map where they were on the spectrum, they were still in the “foggy” zone where there was minimal visibility over the next steps of the project.

There is little business value with an idea until there’s a clearer direction on how it will be translated into a product. But there were still so many questions left unanswered.

-      Were the business (run by non-locals) catering to the right market?

-      What products were valuable to the customers?

-      What context/s would they find this relevant?

-      What profile(who) of their customers were interested in their product?

-      What were their impressions of the concept

All those questions had to be answered before going.

Key demographic, financial and psychographic data needed to contextualize product price and specifications were identified in the research phase. These data were presented to key stakeholders to use as basis for iterating their proposed product offering.

This was then translated into a prototype that was further validated with customers through usability testing.

Thank you! Your are now subscribed.
Oops! Something went wrong while submitting the form.